Blood From the Mummy's Tomb

Blood from the Mummy's Tomb
Hammer, 1971 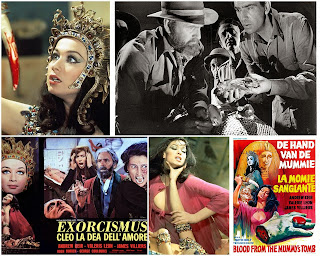 Starring Andrew Keir and the voluptuous Valerie Leon. Based on the Bram Stoker novel, Jewel of the Seven Stars.


In my estimation this is one of Hammer's finest. It is both moody and atmospheric with a wonderfully manic performance by Leon. 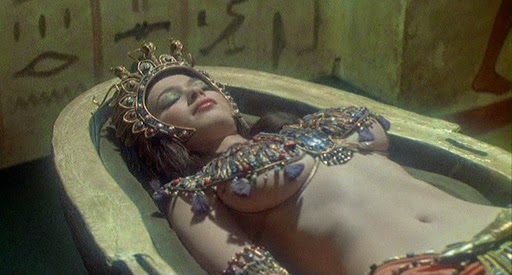 A British expedition in Egypt uncovers the ancient tomb of the evil Queen Tera. When one of the archaeologists takes the ring from the queen's severed hand and gives it to his daughter for her birthday he unwittingly unleashes an ancient curse. Is the girl truly the reincarnation of Tera or is she simply a tool to be used by the unscrupulous Corbeck (played with relish by James Villiers)?


Production on Blood was plagued by the death of director Seth Holt of a heart attack five weeks into production. Holt actually died on set in the arms of cast member Aubrey Morris, who played Doctor Putnam. Michael Carreras finished directing the final week of filming, though his work is not credited. Peter Cushing was slated to play Professor Julian Fuchs but pulled out after only one day on the set when his wife was diagnosed with emphysema. Andrew Keir filled in admirably, though to be honest I would have preferred Cushing. Keir does a fine job, mind you, it's just I'm a huge Cushing fan. 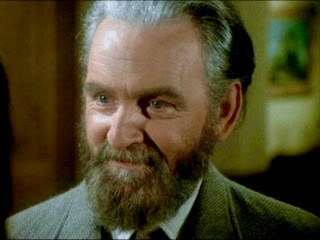 Andrew Keir played Dr. Bernard Quatermass in the absolutely wonderful Quatermass and the Pit (aka Five Billion Years to Earth). 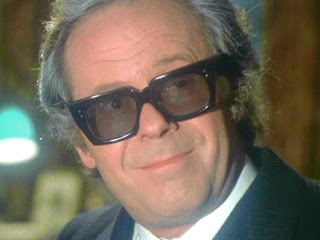 Aubrey Morris (Doctor Putnam) appeared in the classics A Clockwork Orange (1971), The Wicker Man (1973), and the wonderful Lifeforce (1985). He was also the captain of the Golgafrincham Arkship B in the British TV series of The Hitch Hiker's Guide to the Galaxy (1981). 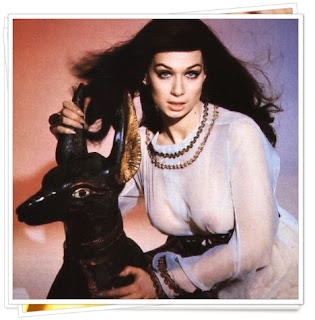 Valerie Leon appeared in two James Bond adventures with bit parts in the awful James Bond fiasco Never Say Never Again as well as The Spy who Loved Me.

While she had no trouble appearing in skimpy outfits, Leon, like the gorgeous Caroline Munro, refused to do full nudity. A body double was used in the one very brief nude scene in Blood.

Available from Amazon
IMDB
Posted by Curt Jeffreys at 7:54 PM